by Team Hello Rajasthan
in India
0 0

Mumbai, Often hailed as the Queen of Dance in Bollywood, Madhuri Dixit’s mesmerizing expressions and charming smile have earned her millions of fans across the world.

The actor who is known for creating magic with her graceful moves is now lighting up screens with the first song of her upcoming film Maja Ma, titled Boom Padi. The energetic garba track sees the 55-year-old superstar return to the screen creating magic with dance.

She also reprised her role as a judge in popular dance reality show, JhalakDikhlaJaa, in its tenth season; and joined hands with the house of Godrej, becoming the brand ambassador for Godrej Magic Handwash – India’s first powder-to-liquid handwash.

Always known to be a perfectionist in everything she does, Madhuri admits that both she and her husband Dr. Shriram Nene are particular about maintaining hygiene at home. “Since my husband is a doctor we are more aware of all the things that could go wrong.

We are obsessed with cleanliness and believe that it is always better to be careful. There are two habits that we don’t let our children compromise on are – washing their hands and brushing their teeth,” she added, while shooting for an upcoming TVC for Godrej Magic Handwash, “It is important for us to make sensible choices that do not harm the planet and inculcate these values in our children too.

Godrej has always stood for quality and I’m honoured to be working with them for such a magical product.”

“My mantra in life is to stay humble, healthy and happy,” she quipped when asked about what keeps her going. When she’s not working the actor enjoys binge-watching popular series such as Stranger Things. 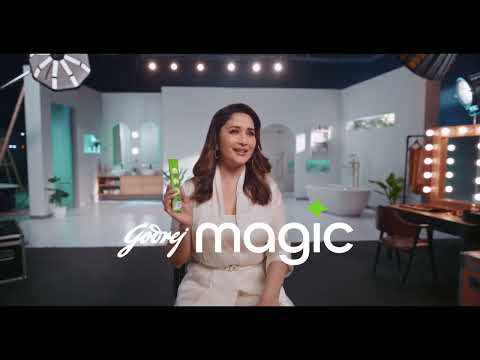